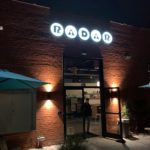 The NC Craft Brewers Conference brings together craft brewing professionals from across the Southeast for a three day event of learning, networking, socializing, and shopping.

The NC Craft Brewers Guild’s mission is to promote North Carolina as The State of Southern Beer, advance the interests of NC craft breweries, and to position North Carolina as a leader among the best craft beer states in the nation.

According to VisitNC, North Carolina is home to 300 local breweries, more than any other state in the South. Asheville, North Carolina, has been voted “Beer City USA” for four consecutive years.

Insurance People has been a proud member of the NC Craft Brewers Guild since its inception and is the largest writer of craft breweries in our state. 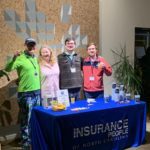 About Insurance People of North Carolina

We’re an independent insurance agency offering a comprehensive suite of insurance solutions to protect you from the unexpected.

We don’t just sell insurance. We work closely with clients to help them make important and informed decisions every day when it comes to protection and their future.

We offer comprehensive insurance solutions in Durham, North Carolina and many states across the country.

At Insurance People of North Carolina, we strive to provide a true concierge client experience which is unique in the insurance industry. We give clients the power of choice from top-rated national and regional insurance carriers.